Hunan Cuisine, performing as one of the Eight Regional Cuisines in China, was documentary recorded for its distinct character as early as the Western Han Dynasty (202 B.C.-8 A.D.). Tracing back to the end of the Qing Dynasty (1636 -1912 A.D.), when a complete style system was formed in the Hunan Cuisine since then, which could be reflected from the material selection to the cooking methods. At present, Hunan cuisine has become one of the most distinctive cuisines in China!

Flavors and Characteristics of Hunan Cuisine

The Hunan Cuisine is distinguished by salty, fragrant, spicy, and sour flavors, with attention paid on the collocation of different food materials and the integration of tastes. Hunan Province is located in the middle reaches of the Yangtze River (the longest river in China), with relatively flat terrain and humid climate, resulting in a diet trend of chili-consumption locally (chili is believed with functions of expelling the cold and moisture from human’s body in Chinese diet therapy). Therefore, spiciness occupies a significant position in the Hunan cuisine, of which fragrant spiciness and sour spiciness are outstanding. 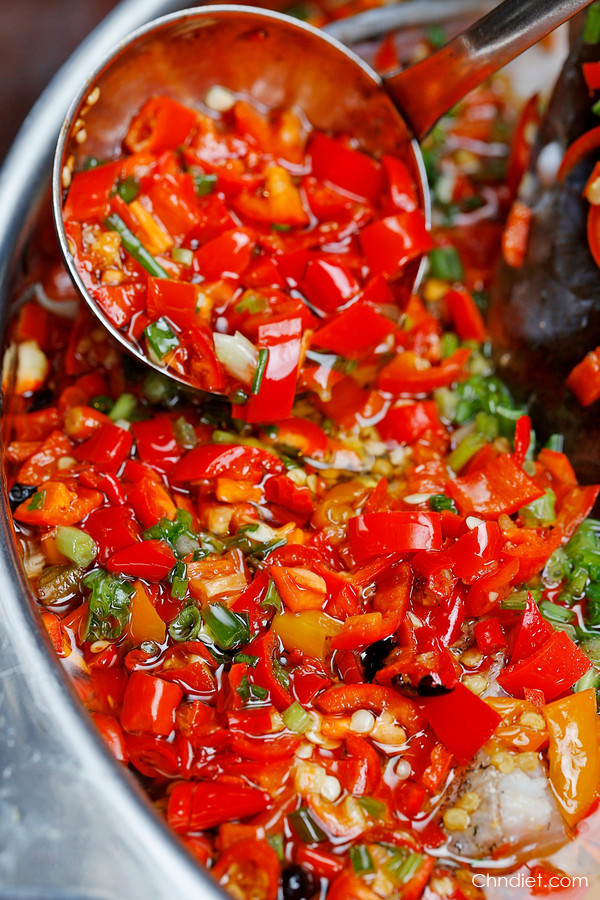 The legendary Dong’ an Chicken kicked off in the Tang Dynasty (618 -907 A.D.) and was then introduced into Changsha (the capital of Hunan Province) with development by a chef from Dong’ an County, Hunan Province. At present, it has ranked as a traditional dish in the Hunan cuisine and has been once enlisted into the menu of the national banquet.

The Dong’ an Chicken is predominated by sour spiciness. The chicken was boiled till 80% cooked and then cut into blocks for stir-frying in combination with shredded ginger, chili, and rice vinegar. It is also nicknamed as ” vinegar Chicken” by the locals.

This dish was first shown on the family dinner table of Yankai Tan, the military governor of Hunan Province, in the late Qing Dynasty. Yankai Tan, courtesy name Zu’an, who is also a famous gourmet in addition to a military governor. In order to flatter the appetite of Yankai Tan, his chef changed the dishes and cooking methods in innovative ways regularly. He reformed the traditional shark fin dish into a collective simmering of chicken, pork, and shark fin, which formed a unique flavor and earned high appraisal by Yankai Tan.

Since then, the Hunan governor has made this dish a routine for each of his banquets and earned the fond of many diners. Over time, this dish has been spread out and introduced into the food and beverage industry and was developed into one of the traditional dishes in the Hunan Cuisine. The dish has only gone popular within the high-end banquets due to the high cost of shark fins.

Steamed Fish Head with Chopped Hot Red Peppers is a Hunan dish possessing great popularity, the fish head of which is steamed along with chopped chili. The chopped chili is preserved chili and gives an entirely different flavor from fresh ones. This dish has fascinated many diners by its bright color and refreshing spiciness, equipping the honor of the most popular fish dish in Hunan cuisine.

Sour Fish of the Miao Nationality

Miao nationality is an ancient nationality scattered its population all over the world, which mainly gathered Guizhou, Hunan, and Yunnan Province in China. There is an autonomous prefecture of Miao Nationality states in the western Hunan Province. The sourness and spiciness are two irreplaceable flavors in Miao’s daily diet. Just like the saying goes, “Replacing the salt, chili does; instead of rice, pickled foods work.”

From vegetables to meats, extended to grains, the Miao people in Hunan enjoy their way of preparing foods by preserving them for sourness before any cooking loop. The brightest star among those is undoubtedly the “Preserved Sour Fish.” Fresh fishes are required to go through 1-3 months’ pickling before any cooking process, and the longer time the fishes stay at the pickling stage, the better flavor the fishes have.

It has been over two thousand years since the cured meats were created, and has become a custom in China. It is widely spread in Hunan, Sichuan, Guangdong, and other places, and mostly made from pork, fish, chicken, and duck. The fame of cured meats dishes in Hunan Province can be traced back to the Qing Dynasty, lasting through the times, and built Steamed Multiple Preserved Hams, a local traditional dish in Hunan at present. This dish is made of a variety of cured meats (preserved pork, preserved chicken, preserved fish, etc.) and steamed with chicken soup. In 2018, it was enlisted as one of the Top Ten Classic Dishes in Hunan Province.

The preserved ham dishes had branched a significant part of Hunan Cuisine at present. In addition to steaming, stir-frying is another standard cooking method. For instance, Stir-Fried Preserved Ham with Bamboo Shoots is one of the classic stir-fried dishes in Hunan cuisine.

Chairman Mao’s Stewed Pork with Soy Sauce is one of the Top Ten Classic Dishes in Hunan Province, and also one of the favorite dishes of Mao Zedong, a great man in China. It is told that Mao Zedong had found his particular fond of stewed pork with soy sauce since he was a student. His chef improved the traditional cooking method by taking sugar and salt to replace soy sauce as soy sauce has never flatter Mao Zedong. From then on, the classic Hunan famous dish of Chairman Mao’s Stewed Pork with Soy Sauce was born.

Spicy Ginger Snake is a characterized dish from Yueyang, Hunan Province, which adopts Zaocys (a type of non-poisonous snake) as the main ingredient and cooked with a large amount of ginger and chili. Spicy Ginger Snake is famous for its fragrant spiciness. Zaocys is a typical dual-usage snake in China, indicating medical usage and diet usage. It is believed with the effect of dispelling dampness and dredging meridians by traditional Chinese medical science. Besides, it has sweetmeat, which is cooking applicable.

Grandmother Course is a well-known family dish in western Hunan and also all sorts of major restaurants all over Hunan Province. It takes turnips, white radishes, cowpeas, and other vegetables as the raw materials, which are dried and pickled in the local traditional processing methods and then to be stir-fried on fast fire with chili, garlic, and other ingredients. The dominating characteristic of this dish is fragrant, spicy, and savory, which is undoubtedly a great partner for rice and steamed bun.

If there is a top of the top, YongZouXueYa must be the traditional dish that enjoys the best popularity in Yongzhou, Hunan Province. Legend of YongZouXueYa appeared nearly 100 years ago and forging it a household dish among local families. As a duck dish, it may amaze you by its cooking process, where a bowl of fresh duck blood is to be added while the duck meat is about to be done. Thus, a distinctive taste is into the soul of the dish while the duck blood and the duck meat are mixed.

Spicy Crawfish, also known as Spicy Crayfish, is one of the notable local snacks in Changsha, Hunan Province. Thanks to the propaganda by local TV stations, this dish has been made as to the most popular celebrity snacks in Hunan province in recent years and has appealed many diners to Changsha, Hunan from miles away. However, the supply of crayfish is affected by seasons, of which May to October contributes the peak season for the crayfish consumption in China.

Stinky Tofu is an ancient and traditional snack in China. It can be found all over the country, but the ones from Changsha, Hunan ranked as the top player on its fame list. In spite of the long-lasting history, the dark appearance and pungent smell contribute enough reasons for some people to judge it as an inedible darkness food. However, smells sick and tastes excellent is the most contrastive character of it, by which it conquered many diners’ loves, even a lot of elegant ladies.

There are plenty of delicious dishes and snacks in Hunan, China. Don’t make any regrets about missing the great Hunan food if you have a chance to visit China. Hunan has two tourist cities that cannot be missed, which refers to Changsha and Yueyang. Changsha is the capital of Hunan, while Yueyang has the famous scenery of Yueyang Tower and Dongting Lake. Below is a list of recommended restaurants who won thumbs from the locals, where you can taste most of Hunan’s famous dishes and snacks. 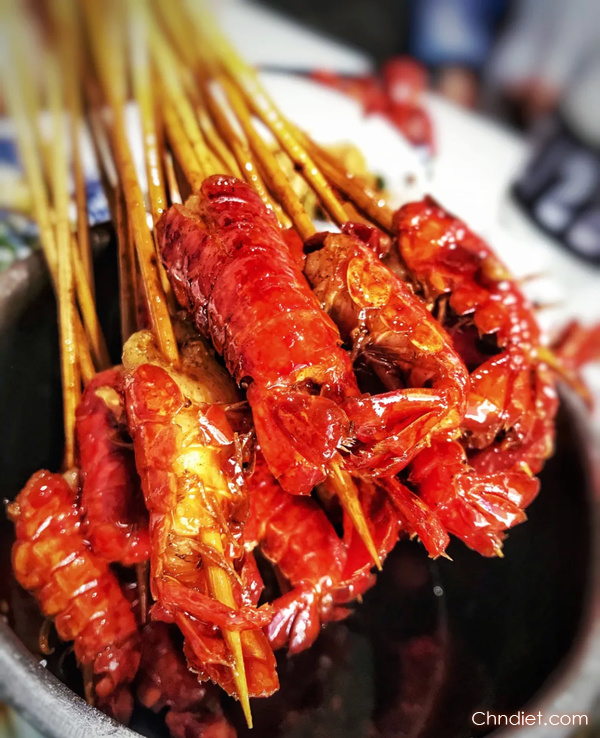 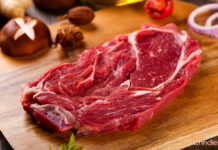